Forget every move you know 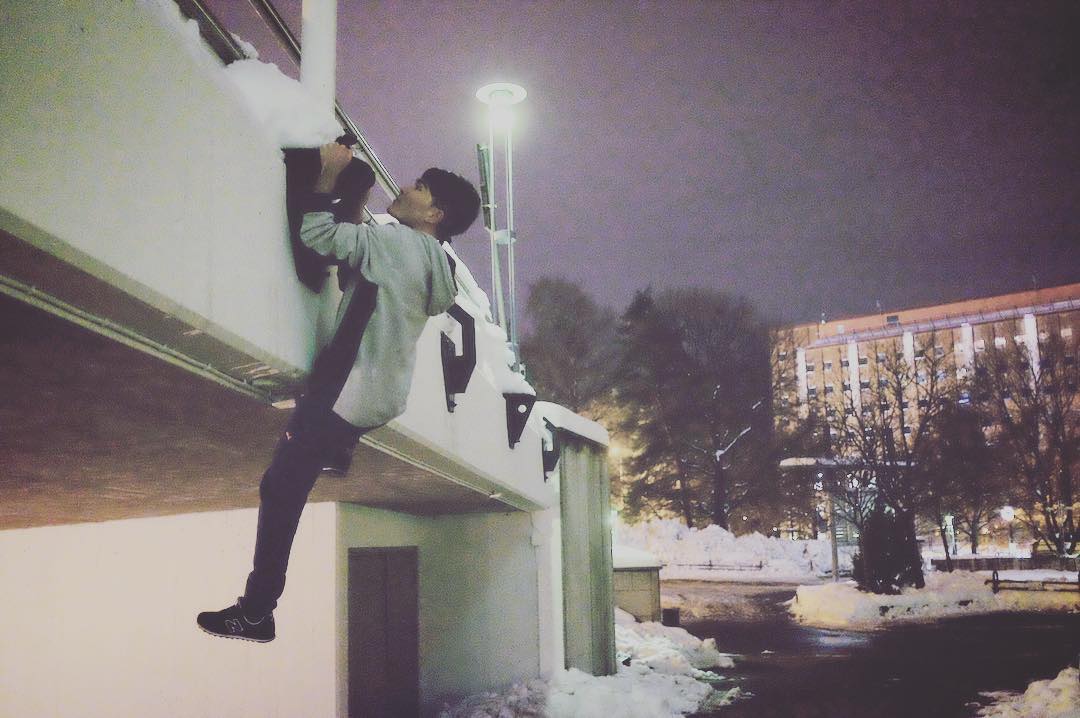 Forget about it. Every technique or trick you have collected into your repertoire, just forget it. It won’t help you – and here’s why.

Everyday we move. Everybody does it in one capacity or the other. Even if it’s something so simple as walking or jogging every day to and from our nine-to-fives. We move, and we do it without thought.
One could argue that just walking to your car and from your car to your desk isn’t really moving, but that’s beside the point I am going to make. We are creatures that are gifted with a muscular vehicle that take us forward.

What is extraordinary with our movement is that we do it everyday and we don’t think about it. We’re not afraid of falling over or tripping. We just move our one foot in front of the other.

What’s so special about this? It’s because it’s one of the first thing we learn. First we rise, then we stumble, then we walk and then we run. Then we start climbing, jumping and from there on it’s not really any limit to what we’ll be capable of commandeering our muscular vehicle to be doing.

It’s effortless. It’s simple – and it’s safe. We move through our environment as safely as we can, because we want to live to see another day.

That’s how your parkour should be. It should be effortless, simple and safe.

One of the founding principles of parkour, whenever entering an obstacle, route or a problem with the goal of mastering it, is “Do it. Do it well. Do it well and fast.”
I would like to say that one of the sub-definitions of “well” in this case would be to do it “safely”. Because if you need to assess the risk and quell any fear of hurting yourself in before each jump – you haven’t really mastered the move right yet, have you?

First when you encounter the challenge, just rise to it. Even if it means that you stumble through it. Then you practice it until it’s as easy and safe as walking. And when you without a doubt can do it without effort, that’s when you should start looking into running through it. Truly mastering it.

But how does this have anything to do with my techniques, tricks and moves? Isn’t the different techniques I’ve learned the tools I need to move through my environment?

Yes and no. The techniques you’ve learnt is methods you can apply to train your body in what it needs to know to adapt to your environment. But truly with enough speed, agility and endurance you will be able to ascend any physical obstacle you encounter.

Did you know that the kong vault were techniques developed long after the founding members created the discipline? But when they were introduced to them they managed them without effort. Because that’s the way they’ve trained. They have focused on their bodies and their movements in such a way that when they are faced with a new method, it’s not really something new. It’s just more movement. When they’ve tried it they quickly realised that they have other ways that they have trained far longer at that achieves the same goal. So they left it there and continued moving instead of putting down countless of hours into a move they don’t need to reach their goals.

That’s your goal. You should train your body in a way that whenever somebody tells you “Hey can you do a dash bomb double kong with cork twist” you should be able to say:

About the Author: Viktor